There are more shows to be listed for later in the year but not all details have been ironed out yet. Stay tuned for more announcements!
Posted by Unknown at 7:35 PM No comments:

A look back: "My Hack to Your Slash [A Slasher's Love Song]" by TW Cory 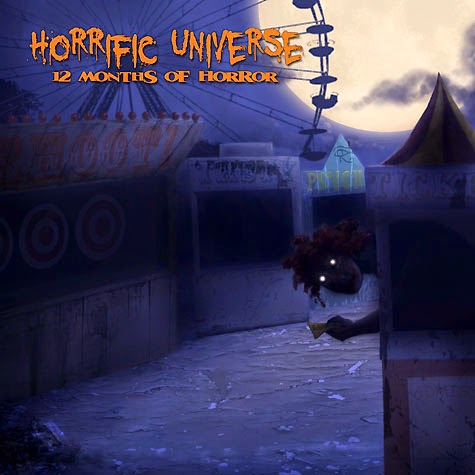 Today marks the 5th anniversary of the mp3 release of "My Hack to Your Slash [A Slasher's Love Song]" by TW Cory.

"My Hack to Your Slash [A Slasher's Love Song]" is the fourth single from Horrific Universe: 12 Months of Horror (Bailey Records, 2010). This enigmatic, piano-driven theme was inspired by the classic Slasher horror/thriller films of the late 70s, 80s and early 90s. The idea behind the song and the title is also inspired by the modern comic book HACK/SLASH. The title pokes fun at the sub-genre the song has been written for, but there is nothing superficial about it; a Slasher falling in love with another Slasher, or better yet, a protagonist. Now that's horror in the making...

"My Hack to Your Slash [A Slasher's Love Song]" is composed and arranged by TW Cory and produced by Stratos of Bailey Records Composition and Sound Design - the team that brought you the Origins Award-nominated Universe87 Campaign Setting Soundtrack.

"My Hack to Your Slash [A Slasher's Love Song]" and Horrific Universe: 12 Months of Horror can be downloaded at CDBaby.com, iTunes, and DriveThruRPG.

Posted by Unknown at 7:45 PM No comments:

Just learned today that my childhood friend John S. Mann was killed in a car accident on Saturday, January 24, 2015. I don't know any of the details. 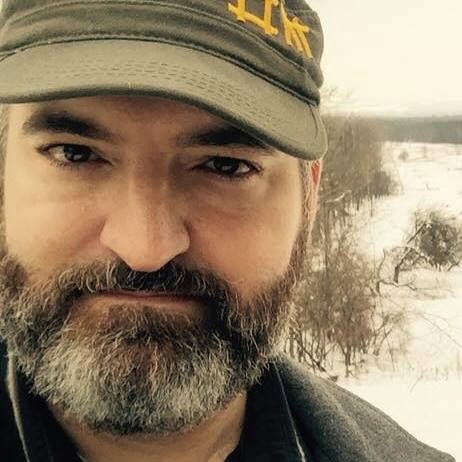 I grew up with John. His parents are friends with my parents which led to all five of us kids being friends. For most of our childhood, John's family lived in Pennsylvania. We would visit them regularly (usually Easter and/or Thanksgiving weekends) and I even spent several weeks during summer breaks there on their Civil War-era farm. We grew up playing with Star Wars and GI Joe action figures, re-enacting the Indiana Jones movies, camping down by the creek, climbing around the barn, exploring, etc. As we got older, our families would take summer trips to the beach together. Some of my best childhood memories were spent with the Mann family. 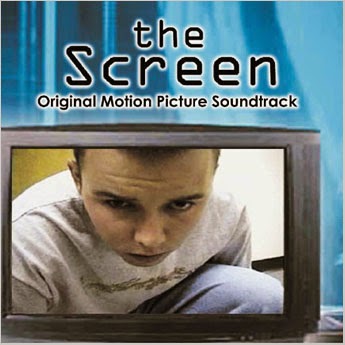 In 2000, when John was wrapping up his film studies, he called upon me to find bands for his full-length motion picture... The Screen. I answered the call. We met in person to discuss details (first time we'd seen each other in years and the last time I was ever at that old farmhouse in PA) and then I set to work while he continued filming and editing.

On December 8, 2000, at the film's premiere, we gathered together in Tennessee to release the soundtrack. Zuzu Bailey, a band I managed and was on the Bailey Records roster, performed live at the premiere. They performed the opening title song from the movie which they wrote and recorded for the soundtrack. The Screen was also the debut of my instrumental music and the birth of Stratos.

Thank you John for the experience. Thank you for your friendship. You may be gone but you will not be forgotten! Rest in Peace brother!
Posted by Unknown at 2:33 PM No comments:

A look back: "Hand Grenades and Stilettos" by Stratos 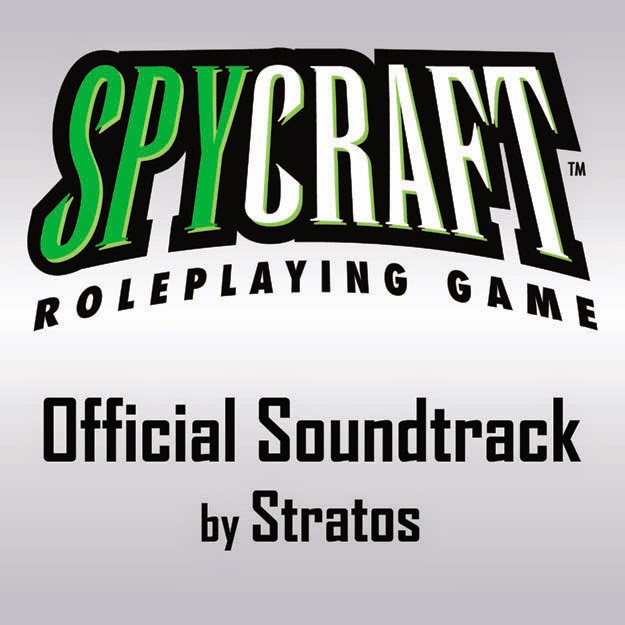 Today marks the 5th anniversary of the mp3 release of "Hand Grenades and Stilettos" by Stratos.

Theme = Things are heating up for our hero and the bad guys!
Style = Cinematic / Soundtrack

"Hand Grenades and Stilettos" was the second single released under license with Crafty Games for a proposed full-length CD, Spycraft - The Soundtrack, that never got off the ground.

Early comments on the imagery "Hand Grenades and Stilettos" invokes include:

"Hand Grenades and Stilettos" is composed and arranged by Stratos of Bailey Records Composition and Sound Design - the team that brought you the Origins Award-nominated Universe87 Campaign Setting Soundtrack (Bailey Records, 2005).

"Hand Grenades and Stilettos" was released exclusively on DriveThruRPG, RPGNow.com and WargameVault.com.
Posted by Unknown at 10:33 AM No comments:

Kaiju Kaos teams up with Play With This Too!

We're excited to announce that The Lost Protectors line of actions figures from Play With This Too will be fully compatible with Kaiju Kaos: The Miniatures Game! 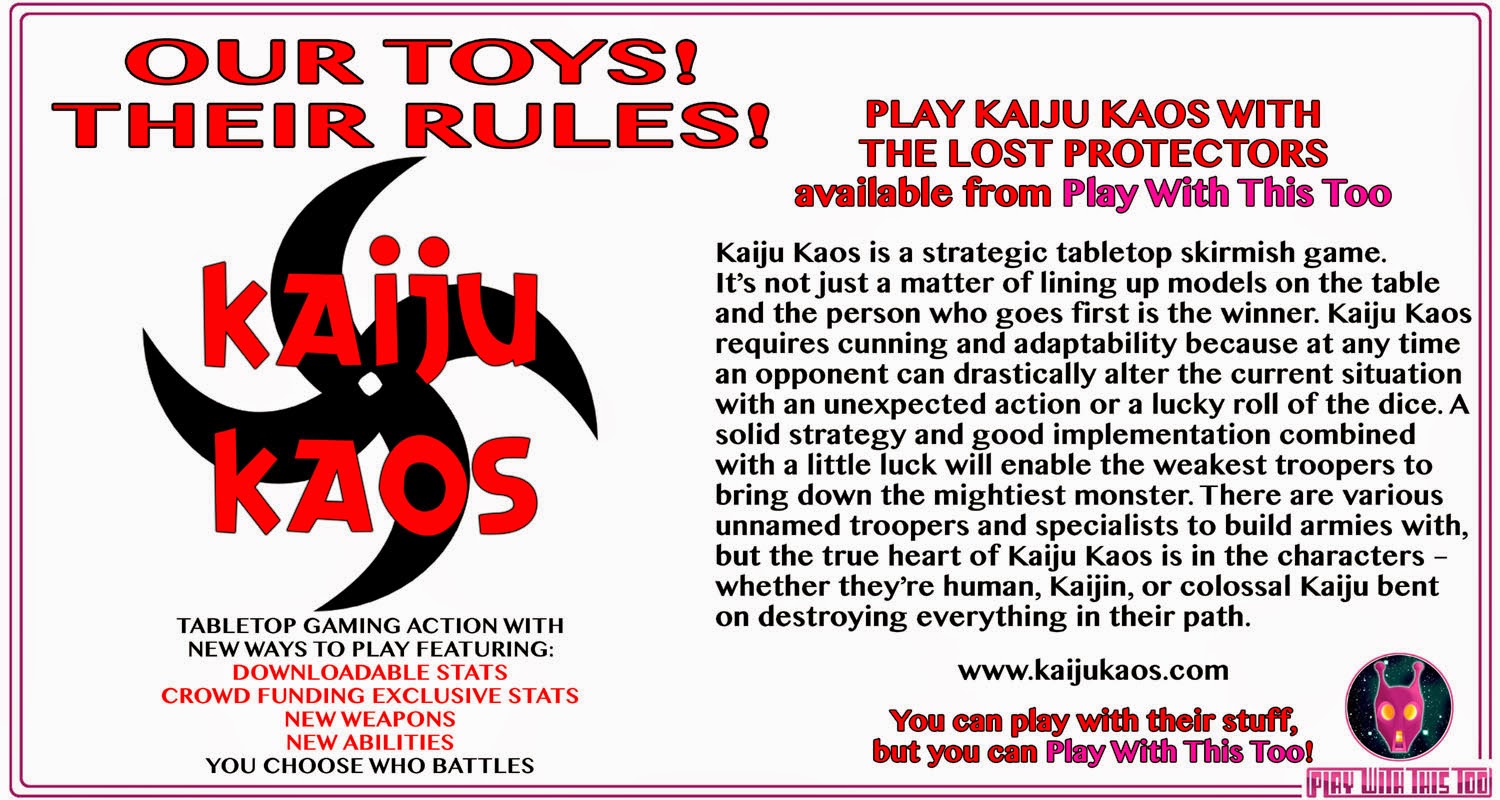 As part of this announcement, here's free game stats for Astroblast - the heroic leader of the Lost Protectors. 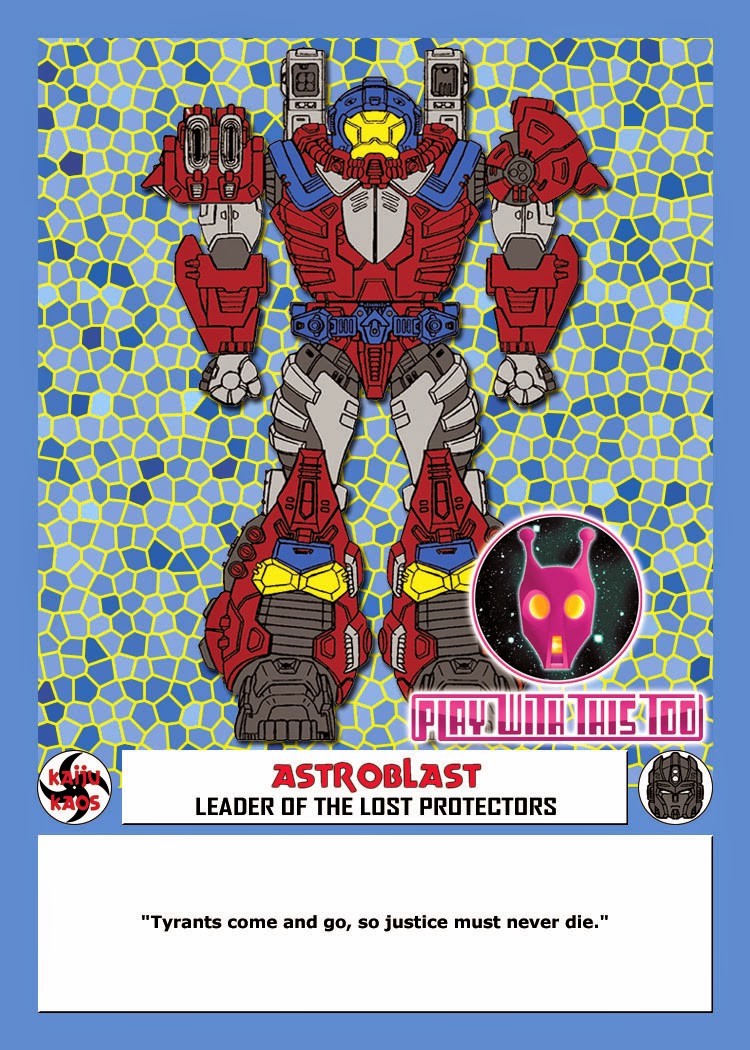 Posted by Unknown at 4:04 PM No comments:

Email ThisBlogThis!Share to TwitterShare to FacebookShare to Pinterest
Labels: 2015, Announcement, download, free, Kaiju Kaos, PDF, Play With This Too, Smackdown

A look back: "Kaiju Rising" by Stratos

Today marks the 5th anniversary of the mp3 release of "Kaiju Rising" by Stratos. "Kaiju Rising" was the first single released and is track number 2 on the full-length CD, Kaiju Kaos: The Soundtrack, Vol. 01 (2012).

Inspiration for this song comes from all the expected places: Godzilla, Cloverfield, Mechabot, etc. This song is, in many ways, a sequel to "Triunedon Awakes" from Mecha Vs Kaiju - The Soundtrack (Bailey Records, 2007). "Kaiju Rising" was written and produced by Stratos.

"Kaiju Rising" features a dark and ambient intro that continually builds as creature sounds are revealed. While this is an entirely new composition many of the sounds are borrowed from "Triunedon Awakes". This song is meant to be a soundscape for the three-headed dragon-like monster that lords over the deep in the world of Kaiju Kaos but monster lovers and/or games masters can enjoy this song and use it for whatever imagery is created within their own minds' eye.

To ensure our fans get the most out of this release, we offer "Triunedon Awakes" for FREE at WargameVault.com.

Theme = Triunedon, lord of the deep, emerges and he's ticked!

"Kaiju Rising" is composed and arranged by Stratos of Bailey Records Composition and Sound Design - the team that brought you the Origins Award-nominated Universe87 Campaign Setting Soundtrack (Bailey Records, 2005).

"Kaiju Rising" and all albums and songs mentioned here can be found at CDBaby.com and iTunes.
Posted by Unknown at 1:57 PM No comments: