Description:
I'm a bass guitarist-turned soundtrack composer/producer. I'm also a stay-at-home Dad of three beautiful daughters by day and recording artist, sculptor, writer and tabletop game designer by night. I like to create unique and original music of just about every genre for use in films and games and I enjoy the occasional remix contest as well.

I play a villager-turned-zombie in the full-length horror film The Dead Matter (2009) by Edward Douglas of Midnight Syndicate. Check it out!

In addition to composing and producing, I am an avid tabletop gamer. On May 11, 2011, I released Kaiju Kaos: The Miniatures Game. This is my first effort at creating my own intellectual property.

History:
On September 9, 1999 I founded Bailey Records while living in Central PA. I worked with numerous indie artists and bands. In late August 2000, my wife and I moved to Central OH. Currently I live in Orient, Ohio (a burb of Columbus) and officially joined the artist roster at Bailey Records on Friday, October 13, 2000.

Stratos was born out of a need for original dance and atmospheric music for an independent film by Steward Entertainment & Wonderboy Productions called The Screen (released December 8, 2000). The name Stratos comes from one of my favorite childhood toys.

Over the past 14+ years, I have recorded 100s of original songs for various projects.
They are: 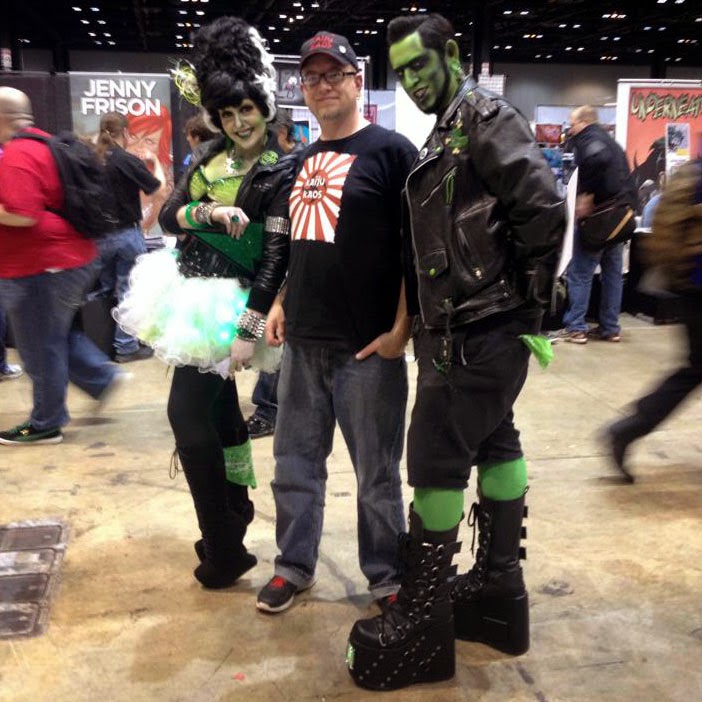 I used to describe my music as "sci-fi electronica" – a self-defining mixture of electronic music including "dance, trance, techno, electronica, ambiance, and film/game scores" – but over the past few years of begun composing a variety of projects from fully orchestrated to nail-biting rock-n-roll to latino pop.