[New Music Tuesday] "This is Primaeval" by Stratos 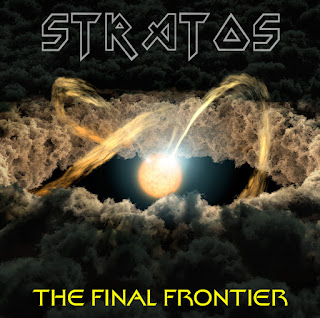 This is Primaeval is the eighth single from the Stratos album, The Final Frontier.  The Final Frontier is slated to release on Bailey Records in 2017 and will feature a variety of energetic songs perfect for any setting.

This is Primaeval features synthesizer orchestration and tribal drum beats perfect for pulp action sequences. This is Primaeval is the featured music in the Primaeval Designs Kickstarter promotional video (Acheson Creations, 2017).

This is Primaeval was composed and arranged by Stratos of Bailey Records Composition and Sound Design - the team that brought you the Origins Award-nominated Universe87 Campaign Setting Soundtrack (Bailey Records, July 19, 2005). Adam Greenawalt and TW Cory serve as co-producers of this song.

Posted by Unknown at 9:35 PM No comments: 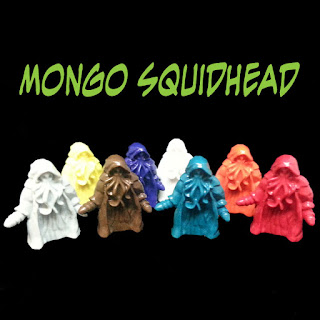 Mongo Squidhead is a devout Cultist of Cthulhu and a loyal member of the Eldritch Horrors. 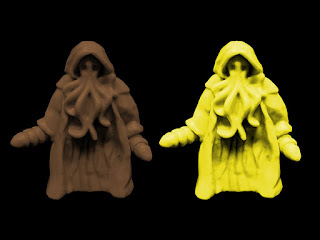 Approx 50mm tall (sole of foot to top of head). These are hand-sculpted, hand-molded, and hand-poured. We try to offer the highest quality products available but due to the materials used and handmade nature, we cannot guarantee a perfect color match and some mold lines and tiny air bubbles may be present. 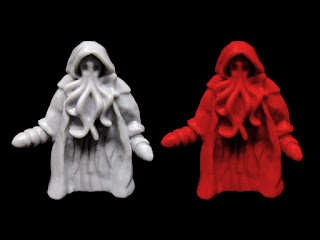 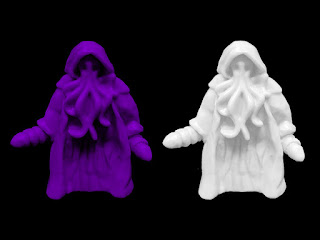 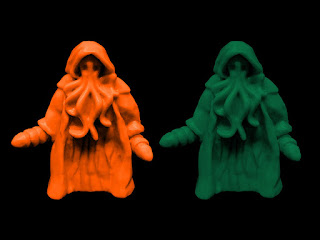 Posted by Unknown at 7:48 AM No comments:

Here is a list of upcoming release dates, events, and projects I will be involved with in early 2017.

* All times are Eastern Standard Time unless noted. *
Posted by Unknown at 9:49 AM No comments: