What do you call a shattered world inhabited by the descendants of cockroaches, worms, snack cakes, and stranded aliens? A world where the arcane secrets of hocus pokery, dementalism, smellcasting, and holy rolling are commonplace? A world where you can battle hideous beasts and then enjoy a light lunch at the Primordial Soup Kitchen? Low Life is the answer you seek as you explore Mutha Oith and all its splendor and gory.

"Horrors of Oith" is the eleventh release from Horrific Universe: 12 Months of Horror (Bailey Records, 2010) and the fourth song composed by Stratos that is inspired by the roleplaying game, Low Life - Rise of the Lowly (Mutha Oith Creations, 2007). "Horrors of Oith" features a variety of sounds established on the previous Low Life-inspired songs with a new blend of percussion, electric guitars, and keyboards. This intent of this song is to further set the tone and feel of the perverse world of Mutha Oith while also be generic enough for games masters to enjoy and use with whatever imagery is stirred up in their own minds' eye.

"Horrors of Oith" is composed and arranged by Stratos of Bailey Records Composition and Sound Design - the team that brought you the Origins Award-nominated Universe87 Campaign Setting Soundtrack.

Album cover artwork by Jocelyn Kane - http://www.jozzykane.deviantart.com
Horrific Universe logo by Cline A. Siegenthaler - http://www.redgremlin.com
Posted by Unknown at 10:23 AM No comments:

This evening we're excited to announce the release of a brand new resin mini figure - Eclipse! 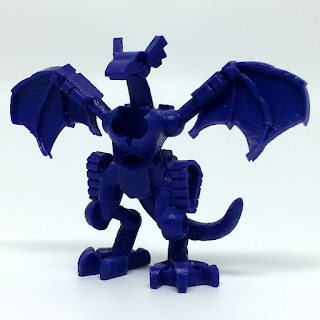 Eclipse was first announced as a possible Stretch Goal in our Kaiju Kaos: The Soundtrack, Volume 2 Kickstarter held earlier this year.While funds were not raised to release her as part of that project, the work on the design and render were already completed to her release was only a matter of timing... and that timing is now! 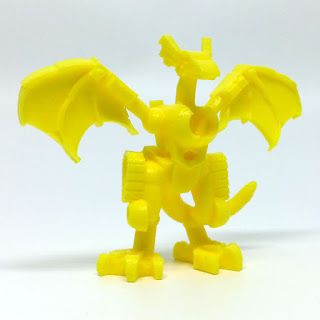 Approx 45mm tall (sole of foot to top of head).

These figures are hand-molded and hand-poured. We try to offer the highest quality products available but due to the materials used and handmade nature, we cannot guarantee a perfect color match and some mold lines and tiny air bubbles may be present.

Eclipse is playable in both Kaiju Kaos: The Miniatures Game and Kaiju Kaos: Smackdown. Rules and game stats sold separately. 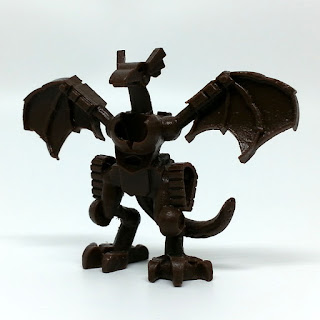 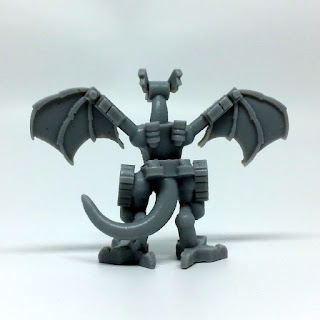 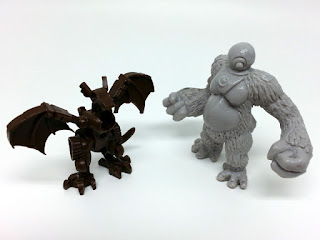 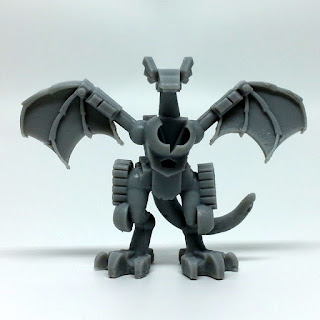 Posted by Unknown at 8:37 PM No comments:

In the year 2015, when Kaiju run rampant, human forces have created mechanized suits to assist in their battles against both colossal monsters and those evils that attempt to use the creatures against humanity.  These powered suits, called Mecha or mechs for short, were originally designed by Special Mission Force to repel the giant scorpions created by Dr. Kaos and the Beng-Arii Syndicate.  Today, however, thanks to reverse-engineering and unlimited funding, Mecha can be found on both sides of the battlefield often squaring off against one-another.

"Mecha Madnes"s is an electronica beats song with a slight arcade stylization often found in 8-bit video games.  The song is reminiscent of music found on the Mecha Vs Kaiju soundtrack (2007) and features Trevor Peters (Warlands - The Soundtrack (2009)) on guitar.

"Mecha Madness" is track number 8 on the full-length CD, Kaiju Kaos – The Soundtrack, Vol. 01 (Bailey Records, 2012) available through CDBaby.com and at shows.

"Mecha Madness" is composed and arranged by Stratos of Bailey Records Composition and Sound Design - the team that brought you the Origins Award-nominated Universe87 Campaign Setting Soundtrack (Bailey Records, 2005).
Posted by Unknown at 6:50 PM No comments: