#NewMusicTuesday 2015: "The Race" by Stratos 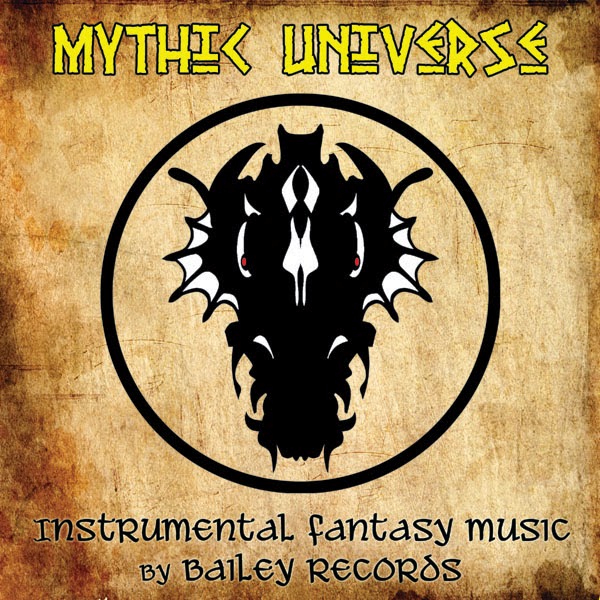 Today we released a new song, "The Race" by Stratos.

"The Race" is the second mp3 release from our instrumental fantasy catalog, Mythic Universe. This song was originally composed and used for an online book promotion but was never released. In January 2015, "The Race" was remastered and expanded upon for a promotional video for Acheson Creations' Dungeon Worlds Kickstarter campaign.

More fantasy music under the Mythic Universe catalog will come periodically by Stratos and Bailey Records.


"The Race" was composed and arranged by Stratos of Bailey Records Composition and Sound Design - the team that brought you the Origins Award-nominated Universe87 Campaign Setting Soundtrack (Bailey Records, July 19, 2005).

"The Race" is available exclusively from DriveThruRPG.

Posted by Unknown at 8:23 PM No comments:

A new music video for a new year!


Here is a new song, "The Race" by Stratos, for 2015. This is the official video for the song and features awesome Dungeon Worlds terrain by Acheson Creations and miniatures by Citadel and Reaper. All products painted by Evil Bob's Miniature Painting.


"The Race" will release exclusively on DriveThruRPG on February 24, 2015.

A look back: "Living in a Zombie Land" 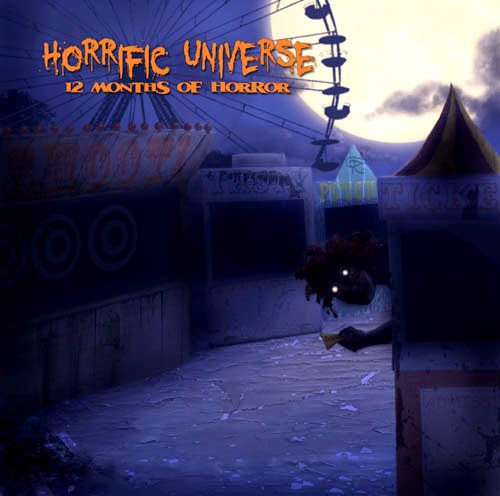 Today marks the 5th anniversary of the mp3 release of "Living in a Zombie Land" by Stratos & TW Cory.

"Living in a Zombie Land" is the fifth single from Horrific Universe: 12 Months of Horror (Bailey Records, 2010).  This ambient tune was originally composed for Warlands - The Soundtrack (Bailey Records, 2009) but due to space limitations on the physical CD it was never finished until now!  Stratos handed the demo over to the capable hands of TW Cory who rearranged parts and added a new bass line.

"Living in a Zombie Land" is a great tune for games like Rezolution, Kaiju Kaos, Warlands or any other setting where undead/zombies are present.

"Living in a Zombie Land" is composed and arranged by TW Cory and Stratos of Bailey Records Composition and Sound Design - the team that brought you the Origins Award-nominated Universe87 Campaign Setting Soundtrack.

Album cover artwork by Jocelyn Kane
Horrific Universe logo by Cline A. Siegenthaler
Posted by Unknown at 4:39 PM No comments:


Acheson Creations is now running a Kickstarter called Dungeon Worlds, Part 1. I am managing the project for Craig Acheson. I also created this video and composed the original music for it. Enjoy the video and please check out Dungeon Worlds.

Posted by Unknown at 3:19 PM No comments:

A look back: "Defending the Planet" 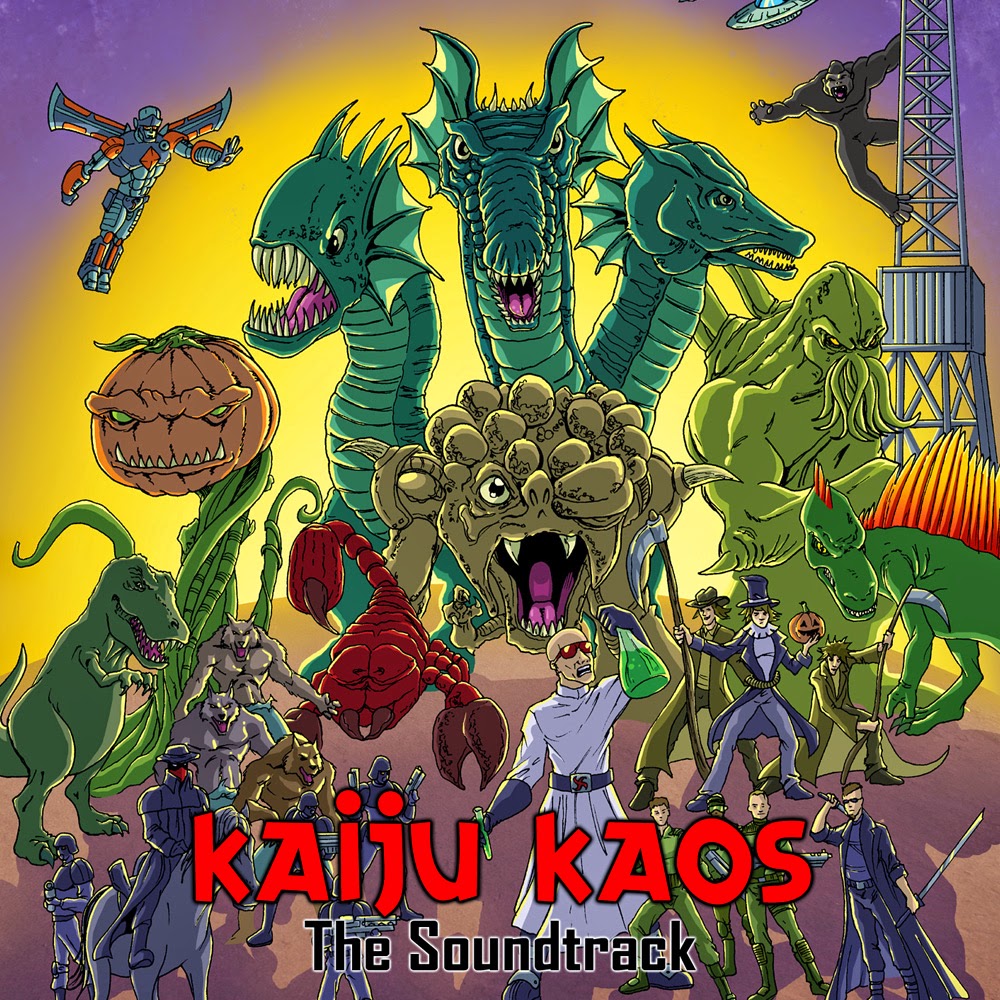 Today marks the 5th anniversary of the mp3 release of "Defending the Planet" by Stratos.

"Defending the Planet" is track number 3 on the full-length CD, Kaiju Kaos: The Soundtrack, Vol. 01 (Bailey Records, 2012) and is meant to be used as a theme song of sorts for the heroic human faction known as Special Mission Force.  Inspiration for this song comes from all the expected places: Ultraman, G.I. Joe, Mechabot, Power Rangers, etc. "Defending the Planet" was written and produced by Stratos and features guitars by Trevor Peters.

"Defending the Planet" features an energetic tempo and upbeat arrangement and is meant to be a musical accompaniment for Kaiju Kaos: The Miniatures Game (Bailey Records, 2011).  The composition is generic enough that hopefully Mech lovers and/or games masters can enjoy and use it for whatever imagery is created within their own minds' eye.

"Defending the Planet" is composed and arranged by Stratos of Bailey Records Composition and Sound Design - the team that brought you the Origins Award-nominated Universe87 Campaign Setting Soundtrack (Bailey Records, 2005).
Posted by Unknown at 8:14 AM No comments:

A look back: "Thirteen Dreams" 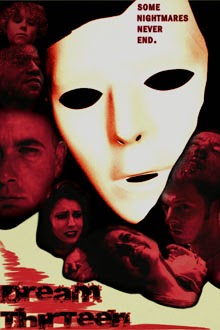 "Thirteen Dreams [teaser trailer edit]" was composed and produced by Stratos.  The song is the musical accompaniment of the first promotional teaser trailer for the indie movie Dream Thirteen.  The film's teaser trailer released on the internet on December 22, 2009.

Since this basically just a shortened version of the original I'm offering it as a free download through DriveThruRPG. Enjoy!

Who is that masked man in the lower right-hand corner at 0:38??

"Thirteen Dreams" was composed and produced by Stratos.  The song is the musical accompaniment of the extended promotional trailer for the movie Dream Thirteen.  The film's extended trailer released on the internet on January 9, 2010.

Both versions of the song were composed and produced by Stratos of Bailey Records Composition and Sound Design - the team that brought you the Origins Award-nominated Universe87 Campaign Setting Soundtrack.

Dream Thirteen was never completed and the accompanying soundtrack remains unfinished on a backup hard drive.

Posted by Unknown at 1:03 PM No comments:

A look back: Hear No Evil, Volume One Today marks the 15th anniversary of the release of Hear No Evil, Volume One on CD.

Hear No Evil, Volume One (HNE1) was the first recording released on Bailey Records (formed in September 1999). HNE1 featured new recordings by Bailey Records recording artists, Quick Fiction and Seventh Seal. The CD also featured two previously released songs by Bailey Records recording artists, Perfekt Gentlemen and two previously released songs by 5SS (a band that would later become Zuzu Bailey). In addition to our artists, HNE1 included a lot of incredible talent from Central Pennsylvania where Bailey Records was currently located. Stand out artists included The Less Miserables (who I managed for a short time), Last Tuesday (who became nationally known around the time of this release), and Caligo.

Tracks:
Hear No Evil, Volume One, a solid album that sold very well at concerts, was plagued from the start. First there were manufacturing delays due to the holidays. A look on the CD tray card will show that it's copyright 1999 although it wasn't released until 2000. Due to this delay, numerous possible early sales - including friends & family at Christmas - were lost. The second, and most long-lasting plague, came from an attempt in online distribution.

Online distribution was a new frontier in 2000, but it was something I was striving for with this new release on my fledgling record label. Under advice from a trusted friend I pursued distribution with The Orchard. They accepted the album as part of their catalog but never properly promoted it. They put it in the wrong search categories and didn't pay me royalties owed. They did get it on Amazon, which was huge, but as I said, they didn't pay me royalties owed. It took years of phone calls, emails, and legal threats before the royalty issues were resolved and in the end it was at my loss. Needless to say, I won't ever be dealing with The Orchard again and don't recommend them to anyone else.

The third plague Hear No Evil, Volume One faced was limited band support. Due to the fickle nature of the independent music scene and the often-young ages of the artists involved, bands changed names, line-ups, and/or broke up. Since the CD was released late, several bands that were part of the compilation were no longer around to promote it. Regardless, the album sold well.

In a day and age where I had to order a minimum of 1000 copies up front, filling a closet in my house with CDs, it only took a short time to recoup lost expenses and actually make money. Despite the obstacles, Hear No Evil, Volume One was a successful first release for Bailey Records and in some ways still holds up as a decent album. It has been long-since sold out so good luck finding one but if you do... give it a spin and rock on!

Posted by Unknown at 9:50 AM No comments: